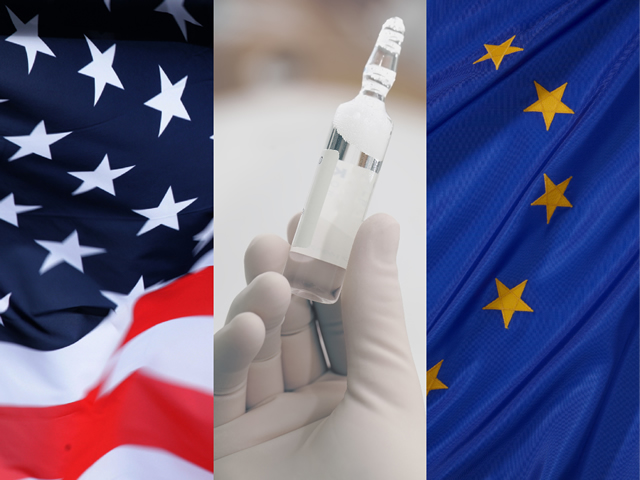 EMA and the US Food and Drug Administration (FDA) are aligned in more than 90% of marketing authorisation decisions for new medicines.

This is one of the findings of a joint EMA/FDA analysis comparing decisions on 107 new medicine applications at the two agencies between 2014 and 2016. The study also looked at applications for which the agencies had differing outcomes in terms of type of approval and indication. The most common reason for diverging decisions at the two agencies were differences in conclusions about efficacy. Differences in clinical data submitted in support of an application were the second most common root of divergent FDA and EMA decisions.

“The high rate of convergence in the authorisation of new medicines at EMA and the FDA is the result of expanded investment in dialogue and cooperation since 2003 and has fostered alignment between the EU and the US with respect to decisions on marketing authorisations, while both agencies evaluate applications independently of each other,” said Zaide Frias, head of EMA’s human medicines evaluation division. ”Our cooperation clearly supports both agencies in achieving a common goal of maximising patient access to safe, effective and high quality medicines in both regions,” she added.

This is the first analysis by EMA and the FDA that compares the agencies’ decisions related to marketing authorisations.

Some differences were observed in the clinical data due to the difference in timing of submissions (more applications were submitted to the FDA before they were submitted to EMA). Compared to the FDA, EMA often reviewed applications including additional clinical trials or, particularly for oncology medicines, more mature data from the same clinical trial. In those instances, EMA was more likely than the FDA to grant standard approval, a broader indication, or use of a medicine as first-line therapy.

Over the past decade, EMA and the FDA have established joint working groups and several forums for information sharing and collaboration around many aspects of medicine development and regulation, including ‘clusters’ on special topics and therapeutic areas, as well as parallel scientific advice and protocol assistance. These groups bring together experts for example on plans for manufacturing or clinical site inspections, development of medicines for children, oncology products, biostatistics, rare diseases and vaccines. While these groups are not forums for shared decision-making, the strong alignment in decisions on marketing authorisations suggests that they may be contributing to alignment on regulatory science.

Most of the information used for the study was sourced from EMA’s publicly available European Public Assessment Reports (EPARs) and FDA reviews, which contain the agencies’ rationale for their decisions on applications.

The article, entitled “A comparison of EMA and FDA decisions for new drug marketing applications 2014-2016: concordance, discordance and why”, is available through open access in Clinical Pharmacology and Therapeutics.