European Immunization Week 2022: Statement by Executive Director Emer Cooke - Why vaccines contribute to a “Long Life for All” 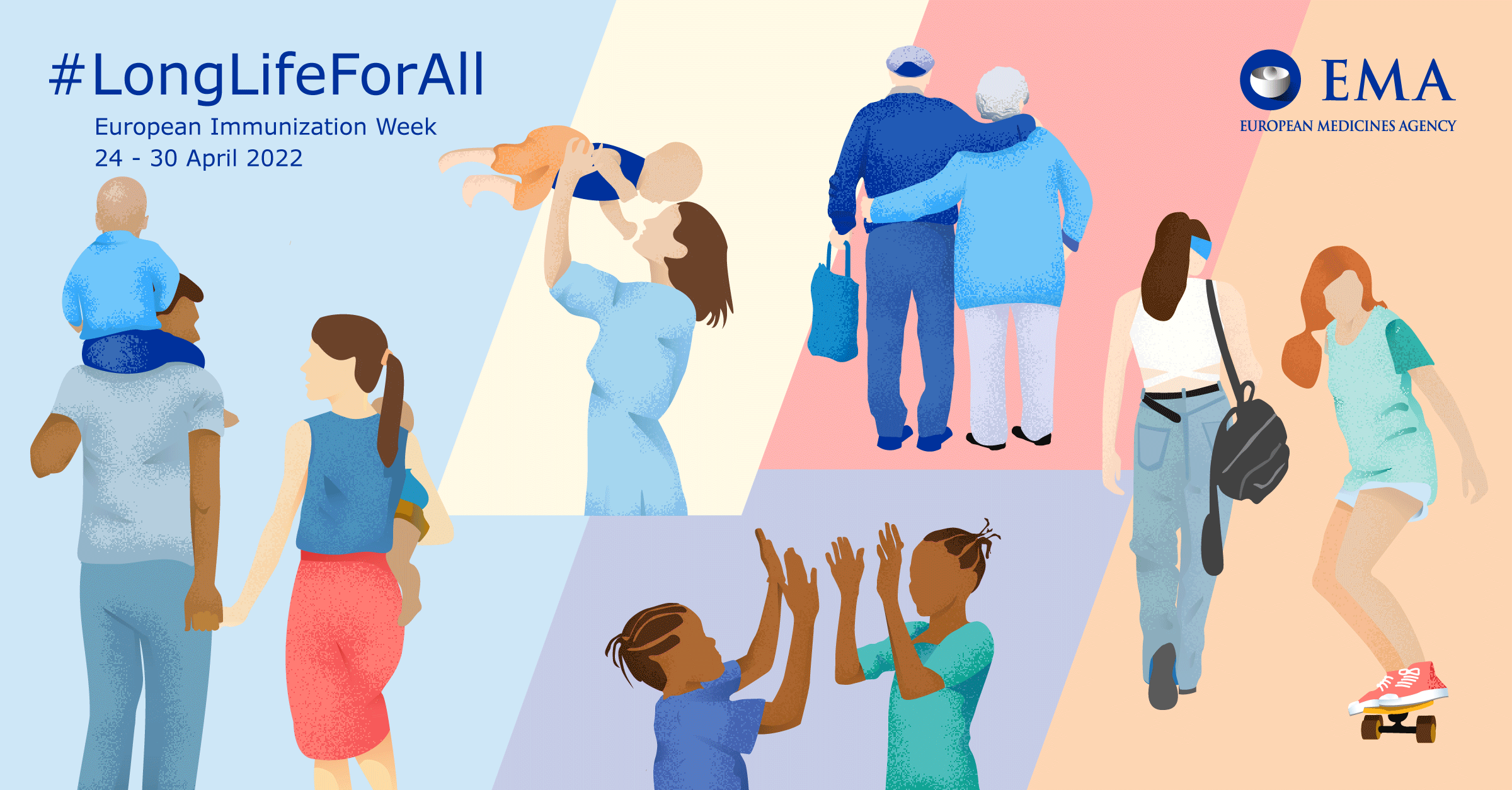 The European Immunization Week, which takes place every year between 24 and 30 April, is a great opportunity to remind ourselves how lucky we are to be living in a world where vaccines exist.

We have vaccines against more than 20 life-threatening diseases including polio, diphtheria, tetanus, whooping cough, COVID-19, influenza and measles. It is estimated that these vaccines prevent between two and three million deaths every year worldwide.

Thanks to vaccines, people of all ages, from all continents, already have the chance to live longer, healthier and more fulfilling lives.

Let’s look at some facts.

Not very long ago measles was a major killer of children. Between 2000 and 2018, deaths from measles declined by three quarters (73%) worldwide with vaccines preventing an estimated 23.2 million deaths during this period.

Polio is a devastating disease that mainly affects children under five years of age and often leads to irreversible paralysis. Among those paralysed, 5% to 10% die when their breathing muscles become immobilised. As a direct result of immunisation, the world is closer than ever to eradicating polio.

Almost all countries worldwide have eliminated tetanus in mothers and babies due to vaccines. As a result of scaled-up immunisation in the period 1988–2015, the global estimate of deaths in newborns due to tetanus declined by 96%.

Malaria remains a huge burden for global public health. In 2020, there were an estimated 241 million cases of malaria worldwide, resulting in an estimated 627,000 deaths. Children under five years old are most severely affected by this disease, accounting for around two thirds of all malaria deaths worldwide. Over 90% of all malaria cases and deaths occur on the African continent. After decades of research into malaria vaccinations, in 2015 the first vaccine against this disease was assessed by a regulatory agency – in this case EMA. Based on our assessment, and following a two–year pilot, World Health Organization (WHO) has recently recommended the deployment of the anti-malaria vaccine for children in sub-Saharan Africa. According to WHO, the pilot in Ghana, Kenya and Malawi showed that more than two-thirds of children in these three countries benefitted from the vaccine; deaths from malaria were reduced by 30%.

Vaccines against the human papillomavirus (HPV) protect teenage girls from cervical and other types of cancer. There were 604,000 new cases of cervical cancer and 342,000 deaths among women globally in 2020. In the European Union (EU), cervical cancer is the second most common cancer after breast cancer to affect women aged 15–44 years, causing approximately 15,000 premature deaths. Studies in women from the UK and Sweden who received the HPV vaccine as young teenagers showed a dramatic reduction of almost 90% in pre-invasive cervical disease, a precursor to cervical cancer.

But immunisation is not only for children. Protection from some childhood vaccines can wear off over time, and immunisation against other diseases may be necessary to live a longer and healthier life. For example, it is especially important for people with chronic health conditions, pregnant women and older adults to get vaccinated against flu.

No reflection of how vaccines can save lives would be complete without considering the fight against the COVID-19 pandemic. The five vaccines authorised against COVID-19 in the EU are the most important tools that we have to protect us against severe illness, hospitalisation and death as a consequence of COVID-19. A study by the WHO Regional Office for Europe and the European Centre for Disease Prevention and Control (ECDC) estimated that, at the end of 2021, 470,000 lives have been saved among those aged 60 years and over since the start of COVID-19 vaccination roll-out in 33 countries in Europe.

Vaccines against the Ebola virus have been a major scientific achievement of recent years. In past outbreaks, 25% up to 90% of the people who contracted the disease died. The largest outbreak to date occurred in West Africa in 2014-2016 and caused the death of more than 11,000 people. In 2019, EMA recommended a marketing authorisation in the EU for the first vaccine for active immunisation of people aged 18 years and older at risk of infection with the Ebola virus. EMA's recommendation was based on a main study conducted in Guinea during an Ebola outbreak showing that no person enrolled in the study contracted the virus between 10 and 31 days after vaccination. One year later, we also issued a positive recommendation for a second vaccine to fight this deadly virus. Vaccines to protect against Ebola have been already used to help control the spread of Ebola outbreaks in Guinea and in the Democratic Republic of the Congo (DRC).

Immunisation against shingles can significantly improve the quality of life for older people at risk of developing this disease. It is caused by the reactivation of the varicella-zoster virus, the same virus that causes chickenpox and which stays dormant in the body. The risk of developing shingles increases with age and seems to be linked to a decline in immunity. It causes a painful, blistering rash typically in one part of the body which may be followed by severe long-lasting pain in the area where the rash was. In the EU, almost nine in ten young adults have the varicella-zoster virus in their body. Therefore, most adults 50 years and older are at risk of developing shingles. About 5% to 30% of people who get the disease will experience severe long-lasting pain. We at EMA recommended a marketing authorisation for two vaccines aiming at preventing this debilitating disease.

When it comes to infectious diseases, nobody is safe until we are all safe. I am a firm believer in equitable access to medicines for all countries of the world. Under a procedure called EU-Medicines for all, EMA in cooperation with WHO can provide scientific opinions on high priority human medicines, including vaccines, that are intended for people outside the EU. The first vaccine against malaria was authorised under this procedure.

The safest and most effective vaccines amount to nothing if people don’t take them. Despite the huge benefits for humanity, for ourselves, our children and our parents, trust in vaccines has declined over recent years, due to a tsunami of fake news. We are living through an infodemic where disinformation is, unfortunately, part of our daily existence. We all have a responsibility to get the facts straight before sharing anything with our online community. Check the source, check the story and check the intention.

You can trust the science. Vaccines help us to keep ourselves and our loved ones protected from infectious diseases.