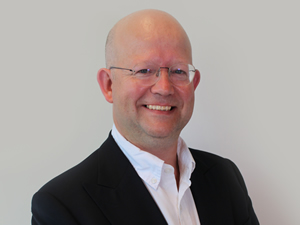 At its July 2019 meeting, EMA’s paediatric committee (PDCO) elected Koenraad Norga from Belgium as its new chair, for a three-year mandate starting in September. Professor Norga will replace Dr Dirk Mentzer who is retiring as PDCO Chair, having served the maximum of two three-year mandates.

Professor Norga was nominated to the PDCO by the Federal Agency for Medicines and Health Products (FAMHP) in Belgium and is head of paediatric oncology at Antwerp University Hospital. He has been a member of the PDCO since 2011 and its vice chair since 2013. He also serves on EMA’s human medicines committee (CHMP) and was nominated by the PDCO to take part in EMA’s scientific advice working party (SAWP).

Professor Norga thanked Dr Mentzer, outgoing chair of the PDCO, for his excellent leadership of the PDCO over the past six years and for their close collaboration.

“The PDCO is an enabler ensuring that the needs of children are adequately considered in the product development of a medicine,” said Professor Norga. “As chair, I would like to continue the PDCO’s interaction with other scientific committees at EMA, as well as with academia and patient/parent groups to ensure that the committee plays an active role throughout a medicine’s lifespan. In addition, with the added value of the PDCO now firmly established in the EU regulatory system, we can be confident partners, with other scientific committees at EMA, in exploring how to work together to make the system even stronger,” he added.

The main role of the PDCO is to prospectively guide sponsors or companies on how to consider a medicine’s use in children during its development. In this context, the committee assesses the content of paediatric investigation plans (PIPs) as well as applications for a full or partial waiver and for deferrals.

The PDCO will elect a new vice-chair at its September 2019 meeting.