Progress in science, medicine and health

2015 annual report published today focuses on the Agency's core tasks which include the evaluation of medicines, support to research and development of new and innovative treatments and the monitoring of the benefits and risks of medicines in real life.

Approximately one in two applicants who received a positive opinion for their medicine had received scientific advice from EMA during the development phase of their product; this figure rises to 85% for medicines containing a new active substance. Scientific advice is EMA's key tool to promote the collection of high quality data on the benefits and risks of medicines.

For human medicines, more than 1.2 million reports on suspected side effects were recorded in EudraVigilance, the EU adverse drug reaction collection and management system, last year. Over 48,000 reports originated from patients in the European Economic Area, a 30% rise compared to 2014. This is a positive trend showing that patients increasingly make use of the opportunity to directly report on side effects they experience.

In 2015, the product information on many medicines was updated as new safety information had become available. The revised information will allow patients, healthcare professionals and veterinarians to make informed decisions based on the latest evidence when using or prescribing the medicine.

EMA's annual report also highlights some of the main projects, initiatives and achievements in 2015 that have had a significant impact on the Agency and the way it operates. Among these are: the preparation for the launch of PRIME (PRIority MEdicines) to support the development of medicines that address unmet medical needs, initiatives to help fight antimicrobial resistance and other public health threats such as Ebola as well as the implementation of various new pieces of legislation including a range of new activities to further strengthen the safety monitoring of medicines.

The report also contains three interviews with stakeholders and EMA representatives on topics of major interest in the area of medicines and health in 2015, including: 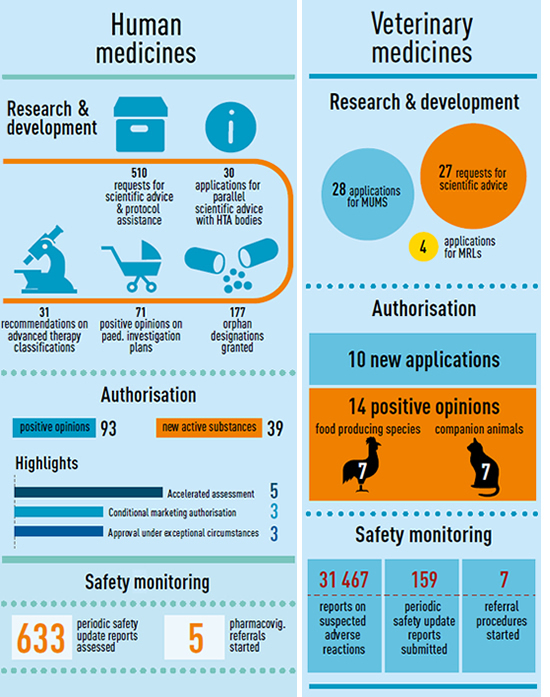 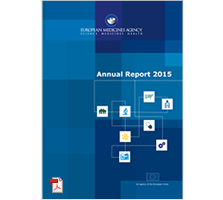