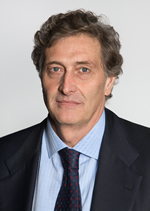 Guido Rasi has begun his mandate as Executive Director of the European Medicines Agency today, 16 November 2011.

Professor Rasi was nominated as Executive Director with a renewable five-year mandate by the Management Board of the Agency on 8 June 2011, and confirmed following a hearing before the European Parliament Committee on Environment, Public Health and Food Safety on 13 July 2011.

He joins at a challenging time for the Agency as it prepares for the implementation of new legislation in the coming years including pharmacovigilance, falsified medicines, information to patients and veterinary medicines. This comes in a period when the Agency and its national counterpart agencies will need to rely even more on the European network as they face budget restrictions, combined with a growing mandate and increasing workload.

Speaking as he took up his mandate, Prof. Rasi said, “Building on the successes of the past 16 years, I see the next phase of the Agency's development to be focused on re-thinking how medicines contribute more broadly to public health, how access to medicines can be assured in a world of increasing scarcity, and a growing focus on safety. It is precisely in these areas that, as a scientist and physician, I believe I can contribute most to the Agency, its partners and stakeholders and above all to the health of European citizens.

"I would like to recognise the leadership of Andreas Pott, who has been Acting Executive Director since January 2011, and the work of the Agency's staff of professionals. I look forward to working alongside them in the years ahead.”