The European Medicines Agency (EMA) takes part in projects to foster links with European Union (EU) enlargement countries, to lay the foundations of future co-operation in the Agency's networks.

The Agency's projects fall within the assistance programmes launched by the European Commission to support pre-accession activities.

The European Commission's Instrument for Pre-accession Assistance (IPA) programme supports the participation of enlargement countries in the work of selected EU agencies.

EMA activities under the IPA programme aim to build working relationships with the beneficiary national competent authorities, to prepare for their future collaboration in the European medicines regulatory network.

To achieve this aim, the programme offers assistance to the beneficiaries' national competent authorities in aligning their standards and practices with those established in the EU and contributes to the creation of communication and information exchange systems that enable their effective participation in the networks of the EU regulatory system.

Between 2007-2013 EMA provided assistance to current beneficiaries and Croatia before it became a Member State on 1 July 2013.

For more details on the first phase of the IPA programme, see:

Between 2011-1013, EMA and the Croatian national competent authorities completed a pre-accession linguistic check for product information in the Croatian language. This supported the phasing in of Commission decisions on centrally authorised medicines in Croatian.

EMA and candidate countries held the following conferences and training events as part of the IPA programme:

Agendas, meeting reports and presentations are provided on the meeting pages.

A multi-beneficiary project supported the participation of Croatia and Turkey in certain EU Agencies, including EMA, between 2006-2007. For full details, see: 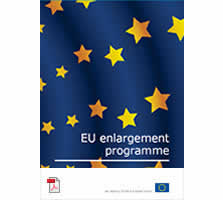