Dutch authorities hand over final building to EMA in Amsterdam 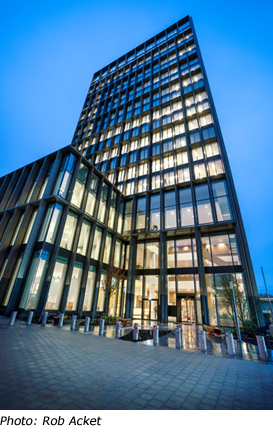 EMA moved from London to Amsterdam in March 2019, and has since then been operating from temporary premises in Amsterdam Sloterdijk.

Now that the Zuidas building has been handed over to EMA, technical equipment will be installed followed by IT configuration and testing. It is expected that staff can move into their new offices and workspaces in January 2020.

From 9 December to 10 January, most EMA staff will work remotely, to allow equipment and furniture to be moved to the final building. From 23 December to 3 January, the Agency will be closed for the Christmas break. Staff will gradually move into the final premises as of 13 January.

During the transitional period no face-to-face meetings will take place in the week 16-20 December 2019 except for EMA’s Management Board meeting on 18-19 December 2019 which will take place off-site. During the week starting 6 January, no meetings will be held face-to-face and in the week starting 13 January the only meetings to be held face-to-face are those of EMA’s safety committee (PRAC) in the Spark building and of the herbal medicines committee (HMPC) and Scientific Advice Working Party (SAWP) in the new building.

Normal operations will continue virtually throughout the whole period.

The move into the EMA building will mark the last step of the Agency’s relocation to the Netherlands.